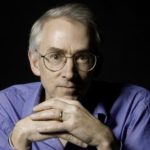 David Sloan Wilson is SUNY Distinguished Professor of Biology and Anthropology at Binghamton University. He has made fundamental contributions to evolutionary theory in addition to its human-related applications. As president of the Evolution Institute (http://evolution-institute.org/) and Editor in Chief of the online magazine This View of Life (http://www.thisviewoflife.com/),he is working to establish a new paradigm for economics, public policy, and public discourse that is firmly based in science, the way we are as a species, and the evolutionary processes that shape all species. His books include Darwin’s Cathedral: Evolution, Religion, and the Nature of Society (2002), Evolution for Everyone: How Darwin’s Theory Can Change the Way We Think About Our Lives (2007), and The Neighborhood Project: Using Evolution to Improve My City, One Block at a Time (2011), and Does Altruism Exist? Culture, Genes, and the Welfare of Others (2015). His next book will be published by Pantheon Press, titled This View of Life: Completing the Darwinian Revolution and Evolving the Future.