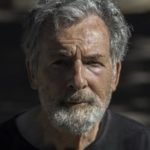 James O’Dea is the lead faculty for the Shift Network’s Peace Ambassador Training with hundreds of international participants. These trainings are ongoing. His Path of the Peacemaker course attracted students from 24 countries. He is a well-known figure in international social healing who has conducted reconciliation dialogues for 15 years. James also leads breakthrough Intensives for emerging leaders of all ages. He is on the extended faculty of the Institute of Noetic Sciences and its former President.

The former Washington office director of Amnesty International and CEO of the Seva Foundation, O’Dea is also a member of the Evolutionary Leaders group founded by Deepak Chopra. His book, Creative Stress: A Path For Evolving Souls Living Through Personal and Planetary Upheaval (2010), was featured in dozens of media outlets and used for study by numerous book groups. He is a Huffington Post Blogger and his recent article, New Entry Qualifications for Political Life (June 18, 2012) has seen significant global trending.

He has many published essays including a much acclaimed essay You Were Born for Such a Time as This in The Mystery of 2012, Birth of the Peace Child in BIRTH 2012 (Shift Books, 2012) and Creative Atonement in a Time of Peril in Beyond Forgiveness (Jossey Bass, 2011). His book Cultivating Peace is widely praised by academics, scholars and activists alike, and for which Jean Houston has said, “If you read one book this year, this is it.” He was recognized as Champion of Peace, Reconciliation and Forgiveness by the Worldwide Forgiveness Alliance. He is on the Advisory Board of several organizations including Children of The Earth and The Peace Alliance.
WWW.JAMESODEA.COM, WWW.CULTIVATINGPEACE.NET