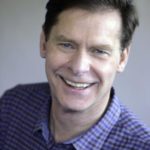 Steve Farrell is co-founder and Worldwide Executive Director of Humanity’s Team, an international spiritual movement whose purpose is to communicate and demonstrate the timeless truth that We Are All One, with the Divine and all life – caring for each other and the world we share – so that people’s actions reflect this profound understanding within our generation. Humanity’s Team believes that living this truth is essential to resolving the most chronic and acute world challenges and vital to creating a flourishing world of peace, harmony,  and happiness.

The non-profit organization presently has over 676,000 friends in over 150 countries, Some of their projects include Industry Leading Transformational Education Programs; Global Oneness Day — a day that Humanity’s Team created following its visit to the United Nations in May 2010; a Oneness Declaration; a year-round Living in Oneness summit; an annual Spiritual Leadership Award; a Conscious Business Declaration, Community Circle, prayer, meditation, and study programs; and a variety of other service projects focused on supporting the environment and helping people all over the world.

In the 1990s, years before Steve became involved with Humanity’s Team, he co-founded and led two high growth technology companies based in Silicon Valley that were featured in the INC 500 and spanned the United States and Europe. During this period of his life, he was an officer in the Young Entrepreneurs’ Organization and the Young President’s Organization.

By all accounts, Steve was living the “good life.” But when he felt a calling to play an active role in creating a consciousness movement that could help people across the globe connect more deeply with the Divine Truth of Oneness, and also consciously participate in creating a flourishing and awakened world, Steve followed his heart and left the “American Dream” behind.

What he found is the story of Humanity’s Team. Steve lives in Boulder, Colorado, with his wife Stephanie, their two teenage children, and their dog Sadie.