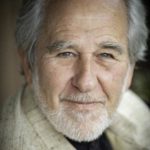 Bruce H. Lipton, Ph.D., scientist, lecturer and bestselling author, formerly served as Associate Professor of Anatomy in the School of Medicine at the University of Wisconsin (Madison, 1973-1982), participating in the medical curriculum as a lecturer in Cell Biology, Histology and Embryology. His laboratory research on muscular dystrophy focused on the behavior and cell biology of cloned human stem cells. Subsequently, Dr. Lipton served as a Research Fellow in the Departments of Pathology and Dermatology at Stanford University’s School of Medicine (1987-1992). Stanford research on the human immune system yielded insight into the molecular basis of how perceptions (beliefs) control biological expression.

Bruce left formal academia in 1992 and has since become an internationally recognized authority in bridging science and spirit. His book, The Biology of Belief: Unleashing the Power of Consciousness Matter and Miracles, an LA Times Bestseller, won Best Science Book of the Year by USA Book News in 2006 and Indie Awards Best Health Book of the year in 2007. Bruce’s new book, Spontaneous Evolution: Our Positive Future (And A Way To Get There From Here), with co-author Steve Bhaerman, was released in September 2009. He has been a guest speaker on numerous radio and television programs, and a sought after keynote presenter for national organizations. To learn more of Dr. Lipton, visit WWW.BRUCELIPTON.COM.