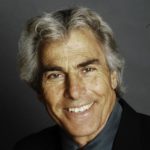 Gordon Dveirin, Ed.D. is an organization and human development consultant, spiritual educator, and co-author of two books: Saying Yes to Change and Your Soul’s Compass: What is Spiritual Guidance. Co-founder and co-director of The Claritas Institute for Interspiritual Inquiry, he is a founding and active board member of the Passageworks Institute dedicated to the social, emotional, and spiritual learning of children and youth in our schools. He is also co-host of the Hay House radio network’s show The Spirit of the Future: Voices of Vision and Hope.

Interests: The overarching interest that unites and excites the various projects I’m involved with is what the 13th century Sufi mystic Ib’n Arabi called the theophanic imagination, and which I think of as the evolutionary imagination…the creativity of the heart. Imagination is a faculty of perception that allows a person to see the higher possibilities inherent within a given situation. Michelangelo, for example, saw the figures inherent within the blocks of marble he chose for his sculptures. Martin Luther King, Jr. saw through racial tension to the potential for equality. In this time of global chaos and rapid change, my interest is how to use a four-part process that we’ve been working with in our Claritas Programs to train the organ of evolutionary imagination. That process involves alignment with the Source of Being; discernment (am I running an egoic agenda or being guided by a larger flow); action in the world; and retrospection or learning from our experience. This process is based on inquiry rather than dogma and helps to till the field out of which synergy arises.