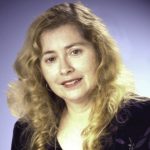 Desiree Hurtak, Ph.D., MS. Sc. is a social scientist, futurist and president of the Foundation For Future Science which has directly assisted communities and individuals in many developing countries, bringing both water and education to where they are needed. She is also the Vice President and co-founder of The Academy For Future Science, an international non-governmental organization working with the United Nations’ ECOSOC and DPI in over fifteen countries. She is an environmentalist and an author of several books. Her most recent work, co-authored with her husband, Dr. J.J. Hurtak, is entitled Overself Awakening which seeks to bring insights and understanding of our true potential in life.

Desiree, in her work with The Academy, organized and hosted a panel at the United Nations Rio+20 Summit (2012) focusing on Youth and Sustainable Development. Her presentation focused on The Academy’s work with the Indigenous peoples of Brazil, to give them a voice so they are free to live in harmony with nature. She has worked extensively in Egypt and Mexico recording acoustic testing of many ancient structures and was part of the original team in 1997 that discovered the “Tomb of Osiris” on the Giza Plateau.

Desiree has worked to bridge the gap between various cultures with an eye towards introducing both new technologies and at the same time helping indigenous cultures to maintain their uniqueness within the larger global society. She is also a film producer with the Manhattan Neighborhood Network, a public access TV station in New York City. She is well known for her media work including “The Light Body,” and “Initiation,” which have won numerous national and international film awards. Her recent work includes the documentary film called the Voice of Africa: Credo Vuzamazulu Mutwa” and a musical CD with Steven Halpern entitled Sacred Name, Sacred Codes. www.futurescience.org