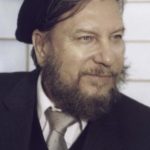 Dr. J.J. Hurtak is a social scientist and futurist. He founded, along with his wife, Desiree, an international non-government organization called The Academy For Future Science (AFFS) that works to bring cooperation between science and consciousness through social projects and dialogue. The Academy is associated with ECOSOC and DPI at the United Nations and continues to sponsor research, cultural study and exploration in numerous countries around the world. The mission of AFFS is to develop scientific and educational tools to meet social and environmental challenges, to protect indigenous tribes, and to provide ideas for advanced, alternative energy sources, while sharing higher knowledge and consciousness, encouraging cross-cultural understanding and world unity.

Dr. Hurtak’s work in archeology allowed him to be one of the principal discoverers in 1997 of the “Tomb of Osiris” on the Giza Plateau in Egypt. He also worked in the pyramids of Mexico and Egypt using GPR (Ground Penetrating Radar) and acoustic sound tests. He has two Ph.Ds, one from the University of California and a second from the University of Minnesota. He has a M.Th. from Luther Theological Seminary where he studied early Greek, Latin and Coptic literature from the Patristic period under Dr. Carl Volz. He is the author of numerous books showing how science and religion need not be mutually exclusive, as well as The Keys of Enoch.

He has also produced a recent documentary called Voice of Africa: Credo Vuzamazulu Mutwa, which records unique features of African cultural history. His work encompasses a diverse array of disciplines, from ancient religious teachings, philosophy, and archeology to the more modern concepts of space law and advanced technologies, especially supporting environmental sciences. He is well known for his music composition and his lyrics have been performed by the Deutsches Symphonie-Orchester of Berlin at a special concert to celebrate forgiveness and to heal the separations amongst various ethnic and cultural groups. www.futurescience.org