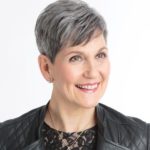 Lynne McTaggart is one of the preeminent spokespersons on consciousness, the new physics and the science of spirituality.

She is the award-winning journalist and author of five books, including the worldwide bestsellers The Intention Experiment and The Field, both considered seminal books of the New Age. Wayne Dyer called The Field “the most profound and enlightening book I have ever read.” Other plaudits have come from the late Arthur C. Clarke, Caroline Myss and some forty leaders in the field of science, consciousness and spirituality. Lynne’s latest book is The Bond.

Lynne is editor of the Living The Field master class (WWW.LIVINGTHEFIELD.COM) and runs highly popular conferences and workshops (WWW.THEINTENTIONWORKSHOPS.COM), designed to help people adapt the ideas of the new scientific paradigm into their everyday lives.

As co-founder and editorial director of What Doctors Don’t Tell You (WWW.WDDTY.COM), she publishes newsletters that are among the most widely praised in the world.

Lynne has spoken before many diverse audiences around the world and is regular on television and radio in many countries. She lives in London with her husband and business partner Bryan Hubbard and their two daughters.

Lynne is the architect of the Intention Experiments, a web -based ‘global laboratory’, involving an international consortium of prestigious scientists and thousands of people in countries around the world to test the power of intention to heal the world (WWW.THEINTENTIONEXPERIMENT.COM).

The study has conducted periodic large-scale experiments to determine whether the focused intention of her readers has an effect on scientifically quantifiable targets in various laboratories around the globe.

These studies, in effect, constitute the largest mind-over-matter experiments in history.

Recently Lynne has been in discussion with philanthropic organizations, such as the Association for Global New Thought and the Unity church, to participate in a series of Peace Intention Experiments. It is planned that these experiments would test the power of group intention to lower violence in number of areas around the world noted for high levels of violence.