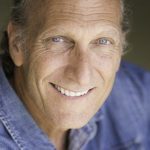 A renowned contemporary new thought leader, Reverend Christian Sorensen, D.D. is the senior Spiritual Minister at the Seaside Center for Spiritual Living in Encinitas California. At 22, Sorensen became one of the youngest new thought ministers in Religious Science’s 150 year history. He served as the last appointed President of the worldwide United Church of Religious Science and their first elected Community Spiritual Leader. As a member of the Leadership Council for the Association for Global New Thought, Sorensen’s global involvement has included such efforts as The Season for Peace and Nonviolence Synthesis Dialogues with His Holiness the Dalai Lama of Tibet among others. With a dynamic online presence, his inspirational spiritual messages are viewed weekly by thousands worldwide. Dr. Sorensen has authored 9 books including a series of Joyous Living Journals, which he co-authored alongside Dr. Petra Weldes. In the works, his tenth book entitled, Living from the Mountaintop – Be the Mystic You Were Born to Be. An eloquent speaker with a unique and engaging style, Dr. Sorensen speaks regularly at events such as the Parliament of World Religions and World Interfaith Harmony Week. His impassioned talks on spirituality, New Thought, Religious Science, practical matters, and Universal Love thrill listeners no matter where they are on their spiritual path. www.christiansorenseninspires.com