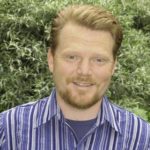 Daniel works internationally in the fertile intersection between education, transformative innovation, futures practice, activism and culture change. His background is in biology/zoology (BSc., University of Edinburgh), holistic science (MSc.,Schumacher College) and design for sustainability (PhD., University of Dundee, 2006). He is a member of the International Futures Forum, a fellow of the Royal Society of the Arts (FRSA) and the Findhorn Foundation, and co-founder of Biomimicry Iberia. He sits on the advisory councils of The Ojai Foundation, The Ecosystems Restoration Camp Foundation, The Cloudburst Foundation and the research working group of the Global Ecovillage Network. He regularly teaches on the ‘MA in Ecological Design Thinking’ at Schumacher College.

Daniel was the co-director of Findhorn Foundation College from 2007 to 2010. He has collaborated with Gaia Education since 2007 and holds a part-time position as ‘Head of Innovation and Design’. He developed the content and concept behind the ‘SDG Community Implementation Flashcards’, which have been launched in collaboration with UNESCO and were so far translated into Spanish, Portuguese, French, and Arabic. He is the co-author/author of the ecological, social, economic and worldview dimension of Gaia Education’s online programme in ‘Design for Sustainability’.

In 2016 Triarchy Press in the UK published Daniel’s first book, Designing Regenerative Cultures, which rapidly reached international acclaim. Daniel’s blog has developed a large international following since the book was published. Together with Christopher Chase he curates the Facebook page Ecological Consciousness, which gained more than 20k followers in its first 4 month since its launch in January 2018.

Daniel is fluent in German, English and Spanish. The recent birth (2017) of his daughter has further deepened his dedication to being a glocal change agent in the transition towards diverse regenerative cultures and a thriving future for all.