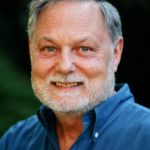 Duane Elgin is an internationally recognized speaker, author, and visionary. His books include: The Living Universe: Where Are We? Who Are We? Where Are We Going? (2009), Promise Ahead: A Vision of Hope and Action for Humanity’s Future (2000), Voluntary Simplicity: Toward a Way of Life that is Outwardly Simple, Inwardly Rich (1981, revised 1993 and 2010), and Awakening Earth: Exploring the Evolution of Human Culture and Consciousness (1993). He has worked as a senior staff member of the Presidential Commission on the American Future and as a senior social scientist with the think-tank SRI International where he coauthored numerous studies of the future, including co-authoring the book with Joseph Campbell, Changing Images of Man (1982). In 2006, Duane received the international Goi Peace Award in recognition of his contribution to a global “vision, consciousness, and lifestyle” that fosters a “more sustainable and spiritual culture.” He has an MBA from the Wharton School, an MA in economic history from the University of Pennsylvania. He was awarded an honorary PhD in 2001 for work in “ecological and spiritual transformation” from the California Institute of Integral Studies in San Francisco, California. Duane’s website is: WWW.AWAKENINGEARTH.ORG.

Areas of Work: Over the past four decades I’ve focused my speaking, writing, and activism in four major areas: 1) exploring the big picture of the human journey as the world approaches a tipping point and actions that we can take to build a more promising future; 2) advocating “voluntary simplicity” or more sustainable and meaningful ways of living; 3) exploring a unifying vision of our universe as a living system as seen by both science and spirituality; and 4) transforming the conversation of democracy by working for the more conscious use of the mass media (as a citizen-activist, I have co-founded three non-profit and non-partisan organizations working for media accountability and an empowered democracy).