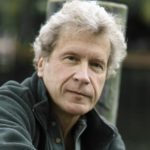 John Perkins is an author and activist whose books have sold more than 1 million copies and spent over 70 weeks on the New York Times bestseller lists. A leading authority on shamanism, he is also former Chief Economist at a major consulting firm. His experiences as adviser to the World Bank, United Nations, IMF, U.S. Treasury Department, Fortune 500 corporations, and heads of state in Africa, Asia, Latin America, and the Middle East convinced him to devote the rest of his life to facilitating changes in consciousness and to transforming current social, political, and economic systems. He is a founder and board member of Dream Change and The Pachamama Alliance, nonprofits dedicated to creating a sustainable, just, peaceful, and thriving world for all. His books, published in more than 30 languages, include Shapeshifting, Confessions of an Economic Hit Man, The World Is As You Dream It, Hoodwinked, and Psychonavigation. He was awarded the Lennon Ono Grant for Peace, 2012, and Rainforest Action Network Challenging Business As Usual Award, 2006. www.dreamchange.org  www.johnperkins.org Also on Facebook and Twitter (economic_hitman)