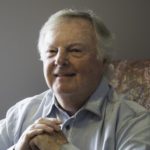 Robert Atkinson, Ph.D., author, educator, and developmental psychologist, is an internationally recognized authority on life story interviewing, a pioneer in the techniques of personal mythmaking and soul-making, and is deeply committed to the global movement of our time – building a culture of oneness.

The author of nine books, his most recent, The Story of Our Time: From Duality to Interconnectedness to Oneness (2017) was called “…A must-read by the widest of global audiences…” by Michael Bernard Beckwith, and Larry Dossey said of it, “Consider Atkinson’s book as a survival manual, and spread it as widely as possible.” Mystic Journey: Getting to the Heart of Your Soul’s Story (2012) is seen as “an exquisite exploration of the spiritual craft of soul-making” by Jean Houston. He has also assisted Babatunde Olatunji with his autobiography, The Beat of My Drum (2005).

In 1969, following a B.A. in philosophy and American Studies from Southampton College of LIU and an M.A. in American Folk Culture from SUNY, Cooperstown, he sailed with Pete Seeger on the maiden voyage of the Hudson River Sloop Clearwater, and met Joseph Campbell at one of his Cooper Union talks. As key mentors, their supportive relationships are central to his memoir, Year of Living Deeply: A Memoir of 1969 (50th anniversary edition, 2019).